What is today’s date? 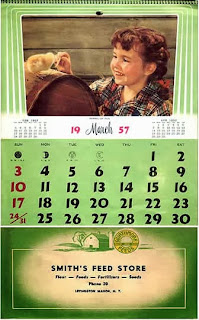 One of the topics discussed regularly on many of the on-line discussion groups is how closely modelers choose to follow a particular time period. On one end of the extreme are modelers like Jack Burgess who narrow down the era of their layout to specific day of a specific year. (Jack’s Yosemite Valley layout has been an inspiration to me for years). On the other end of the spectrum are the “Run what you brung” layouts with all manner of railroads and eras represented. Many modelers often state “I am modeling the 1950s” (implying any date between 1950 and 1959 I guess) and the retort is often “That means that you’re modeling 1955, just not very well…”

I decided early on that I wanted to model a specific season as closely as possible. If you find any of my older magazine articles (the landfill is often a good place to look) then you will see that I based my layout in the summer of 1953. I chose this date because it was the last summer of passenger service on the O&W. What would complying to this date involve? Well, beyond the obvious challenges of being sure that there were no 1957 Chevies on my 1953 layout it also meant that I needed to be aware of what years the various freight cars modeled on the layout were built and what was being advertised on the billboards. I quickly became quite adept at finding information on 1953. I was happy. The layout was progressing nicely. So far so good. Then mission creep…. or rather…  era creep set in. 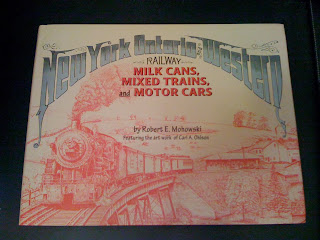 Milk traffic was a big part of the O&W’s history and I wanted to incorporate some part of that on my model. I bought some milk cars. I figured that this would offer some visual variety to the trains seen in each session. O&W trains 9 and 10 carried milk cars regularly, and so they were added into my operation scheme. I was so happy. Then I bought a copy of Robert Mohowski’s “New York Ontario & Western Railway Milk Cars, Mixed Trains, and Motor Cars” book. A quick glance through the book revealed Bob’s statement that the last O&W milk train operated in 1952. Damn!

Right! Summer, 1952 was the new date for my layout. A few anachronistic freight cars were removed, the billboards now advertised 1952 the “new” model year cars, the milk trains could run again and all was well with the world. Until…

I see Bob a few times a year, generally at O&W Society functions or train shows. At one of these events I mentioned my era change and the reasoning behind it, and he rather sheepishly replied that in the area that I was modeling the milk traffic probably ended a year earlier. 1951 was a good year… I think… so 1951 it was. Swap out another couple of cars, print out some new billboards and move on. Then temptation raised its ugly head again.

Like many modelers, occasionally I see a model that just calls out for me to buy it. I can come up with all sorts of logical reasons why this would not be a good idea normally driven by the idea that it is not correct for my chosen era (whatever that might be at the time), but sometimes reason just loses out. Such a case was the release of Tangent Scale Model’s 52’ gondola. I’ve always been somewhat of a closet Valley fan and I also have a thing for open-top cars, but Dave at Tangent made my life easier by initially offering the car only in the 1960s paint LV paint scheme. I was safe, or so it seemed. Then, probably to test my resolve, he released the car in Lehigh Valley’s original paint scheme. I HAD to have one, and so on ended up on my bench. I should have read the fine print… literally. On the side of the car in HO scale 3” tall letters it says “Built 5-52”. Life is so difficult sometimes.

After converting the car to my standard narrow tread wheels I applied just a little dust around the trucks and frame and a bit of dust and grime to the inside of the car. It now represents a car that is very nearly brand new. In 1952. I just need to hide the milk train when it goes by.